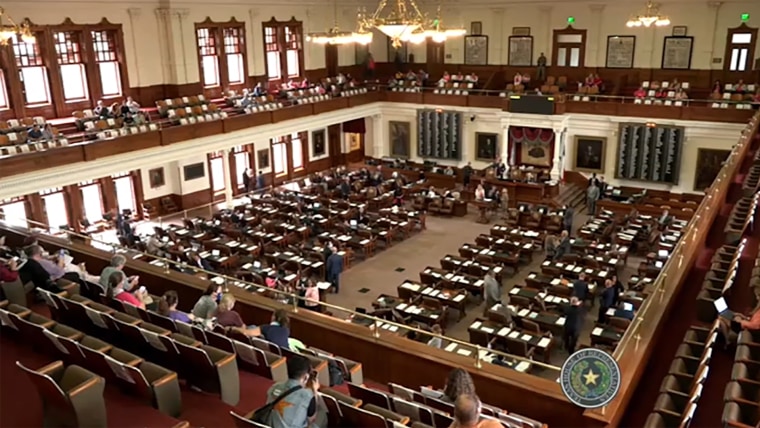 The bill, which cleared the Legislature this month and affects elementary school to university athletics, will take effect in January.

Abbott did not immediately comment on the ban. Rep. Valoree Swanson, a lead sponsor in the state House, has said it is “all about girls and protecting them” in the state’s University Interscholastic League.

"We need a statewide level playing field," Swanson said on the House floor this month. “It’s very important that we, who got elected to be here, protect our girls.”

Although student athletes had been required to play on teams that aligned with the genders listed on their birth certificates, they could obtain court orders allowing them to change the gender markers and compete in interscholastic athletics.

Under the bill signed into law Monday, that option is no longer available.

Critics of the legislation have said that it is discriminatory and that its supporters haven’t been able to provide examples of transgender athletes’ competing unfairly in women’s sports.

In a statement Monday, Equality Texas, an LGBTQ advocacy group, said that if Texans “want to protect children, the goal shouldn't be to prevent trans kids from participating in sports, but to give all kids the freedom to make friends and play without fearing the kind of discrimination many older trans people face on a daily basis.”

CORRECTION (Oct. 25, 2021, 8:05 p.m. ET): Headlines on a previous version of this article misstated the scope of the Texas law. It bans transgender students from playing on school sports teams that align with their gender identities, not from all school sports.

Tim Stelloh is a reporter for NBC News based in California.