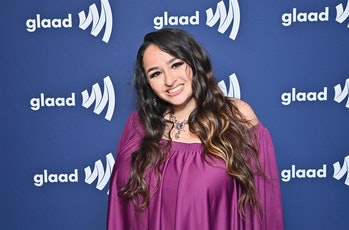 After an average span of five years, 94 percent of transgender children still identified as the gender to which they had transitioned, one of the first sizable studies on the subject reveals.

The study, published last week in Pediatrics, included 317 children, all of whom first identified as transgender before age 12, with a median age of 6.5.

“Though we can never predict the exact gender trajectory of any child,” the study states, “these data suggest that many youth who identify as transgender early, and are supported through a social transition, will continue to identify as transgender.” But “parents and clinicians should be informed that not all youth will continue on the same trajectory.”

What’s New — Of the six percent of kids in the study who retransitioned, more identified as non-binary — 3.5 percent of the total — than cisgender at the end of the study period. Only 2.5 percent, eight youths total, reassumed as the gender they were assumed at birth.

A small number, 1.3 percent, socially transitioned to another gender, came to identify as non-binary for a period, and then came back to live as binary transgender.

“We are talking about quite young children who are still exploring who they are,” Aaron H. Devor, chair in Transgender Studies at the University of Victoria and one of the co-authors tells Inverse.

One reason children may transition from a binary transgender identity to a non-binary one is that they, as much of the world, began learning about the concept in the last few years and realized it fits them.

“The children and their families learn about everything as everyone else does,” says Devor. “Different concepts enter the social consciousness at different times. Very few people would have heard of non-binary a few years ago. Most people have heard of it now.”

How They Did It — The study is a product of the ongoing Gender Development & TransYouth Project at Princeton University. Starting in 2013, the project has recruited more than 300 families in the U.S. and Canada with at least one child who had socially transitioned before the age of 12. The project hopes to follow them for 20 years.

“It is unique to have that number in a longitudinal study,” says Devor. “These children are unique in some regards. They have families that are totally supportive.”

The nature of the study does color the conclusions of its research somewhat. “It’s not every family that is willing to take part in a study like this,” says Devor.

The children have parents who are supportive. This leaves out a vast swath of kids with parents who are hostile to transgender issues or perhaps not enthused enough to sign their child up for a study researching it.

Also, the project has attracted families who are more educated and affluent than average. Two-thirds of participating families had a household income of more than $75,000 a year; the median in the U.S. was $67,521 in 2020.

But by studying the trajectories of children allowed to freely express their gender identity, researchers can counteract some of the influence of hostility towards transgendered people, which of course actively works to impede the transition processes, coloring outcomes in another way.

“One of the takeaways that this group has demonstrated is that when trans young people are treated with respect and support, they have no more mental health problems than their peers,” says Devor.

Why It Matters — Research identifying trends in transgender teens and pre-teens is scarce.

One reason is that social acceptance of transitioning in childhood is new and psychologists and social scientists are just keeping up.

Another is that it is difficult to amass a large group of subjects. “It’s a hard age group to study because you have to work through the parents,” Jenifer McGuire, of the Institute for Sexual and Gender Health at the University of Minnesota, told Inverse. McGuire, a researcher on transgender health, was not involved in the study.

High-quality research on transgender youth usually starts with teens and high rates of anxiety, depression, and suicidal ideation are the top concerns, she said. This leaves childhood, and the way concepts of gender identity develop at that stage, under-researched.

This has not prevented some strong opinions about the issues from airing in the public square. Medical care for transgender youth has emerged as a culture war flashpoint in U.S. politics. Some conservatives insist that medical care affirming their gender identity does irreversible harm to kids who could change their mind.

Or as Texas Sen. Charles Perry put it when arguing for a state bill that would classify any gender-affirming care for minors as child abuse: “This is about should a child be subjected to things they cannot undo and that they may have made a decision differently once the child understood the consequences of those decisions.”

The Texas bill is one of 29 introduced in state houses from January 2021 to February 2022 that would criminalize providing certain transition-related medical care services to minors. These often prohibit puberty blockers, hormone treatment, and surgery. The first two are not typically offered until puberty and surgery is not the standard of care for transgender minors.

According to the American Psychological Association, these laws “assume ‘reparative’ or wait-and-see models of care would lead to greater wellbeing for all youth.”

Within academic literature, which has taken on a generally accepting position on gender identity transition in recent years, there is some debate on the right time. From the new Pediatrics study:

Some concerns about childhood social transitions have been raised, including that these children may not continue to identify as transgender, rather they might “retransition” (also called a “detransition” or “desistence”), which some suggest could be distressing for the youth. Research has suggested that ages 10-13 years may be particularly key times for retransition and that identity may be more stable after this period for youth who show early gender nonconformity.

Most of the youths in the study have moved into their puberty years. Seventy percent are 14 or older and 29 percent have begun the use of puberty blockers (medication that delays some of the effects of puberty but does not cause permanent changes); 30 percent started gender-affirming hormones.

However, the study found that kids who eventually adopted a cisgender identity, after a period of identifying as trans, largely did so before puberty, when these medications are, in most cases, first considered by medical practitioners. There was only one such case. From the study:

What’s Next — The researchers at the Gender Development & TransYouth Project “anticipate continuing to follow this cohort into adolescence and adulthood.”