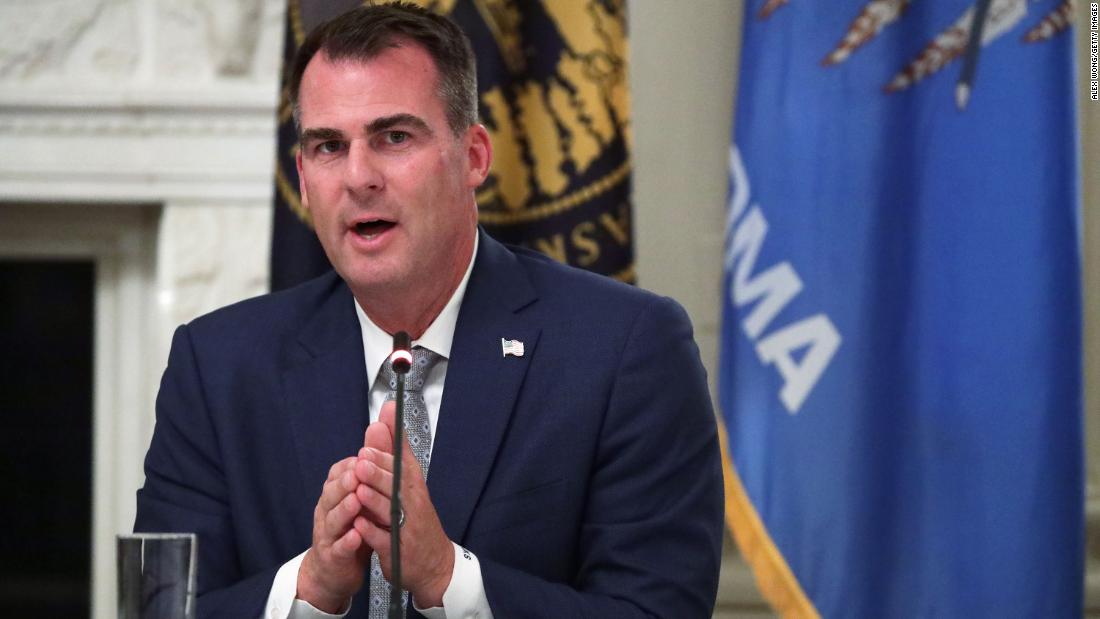 Washington (CNN)Oklahoma's legislature gave final approval Thursday to a bill that would require students at public schools and public charter schools in the state to use restrooms and locker rooms that match the sex listed on their birth certificates -- the latest anti-transgender bill state lawmakers have sent to their Republican governor this year.

The state's GOP-led Senate passed SB 615 by a vote of 38-7. If signed by Gov. Kevin Stitt, the measure would take effect immediately. CNN has reached out to the governor's office for comment.
The bill would apply to students in pre-K through 12th grade at public and public charter schools in the state. Transgender students who decline to use the restroom required under the measure would have to use "a single-occupancy restroom or changing room" provided by the school.
School districts that fail to comply would have a portion of their state funding cut and could be sued by school parents.
The bill's passage comes as conservative state lawmakers around the country have pushed more than 100 anti-trans bills this year, with a particular focus on transgender students. Oklahoma has been front-and-center in this effort, with Stitt having signed at least two bills restricting transgender rights this year alone.
In late March, the governor signed legislation banning transgender women and girls from competing on sports teams consistent with their gender at public schools, public charter schools and public colleges in the state, adding Oklahoma to a growing list of states that have approved such a ban in recent years.
And last month, Stitt signed a law that bans nonbinary gender markers on birth certificates in the state.
Advocates have for years worked to combat bathroom bills like the one passed Thursday, blasting them as an unnecessary and harmful attack on a transgender student's humanity.
"All this bill does is target transgender people for discrimination," the American Civil Liberties Union of Oklahoma wrote in a tweet. "All of us, including transgender people, care about safety and privacy in restrooms and locker rooms."
Young transgender Americans make up a tiny fraction of kids in the US -- the US Centers for Disease Control and Prevention has estimated less than 2% of high school students identify as transgender. Health care professionals have said the types of bills Republicans are pushing are likely to further ostracize transgender kids, a group that already struggles with higher rates of depression, anxiety and suicide.
The political debate around which bathroom trans people are allowed to use exploded in 2016 when North Carolina enacted a law that had required people at a government-run facility to use bathrooms and locker rooms that corresponded to the gender on their birth certificate, if the rooms in question were multiple-occupancy. The measure drew intense criticism from businesses and advocates, and it was later repealed.