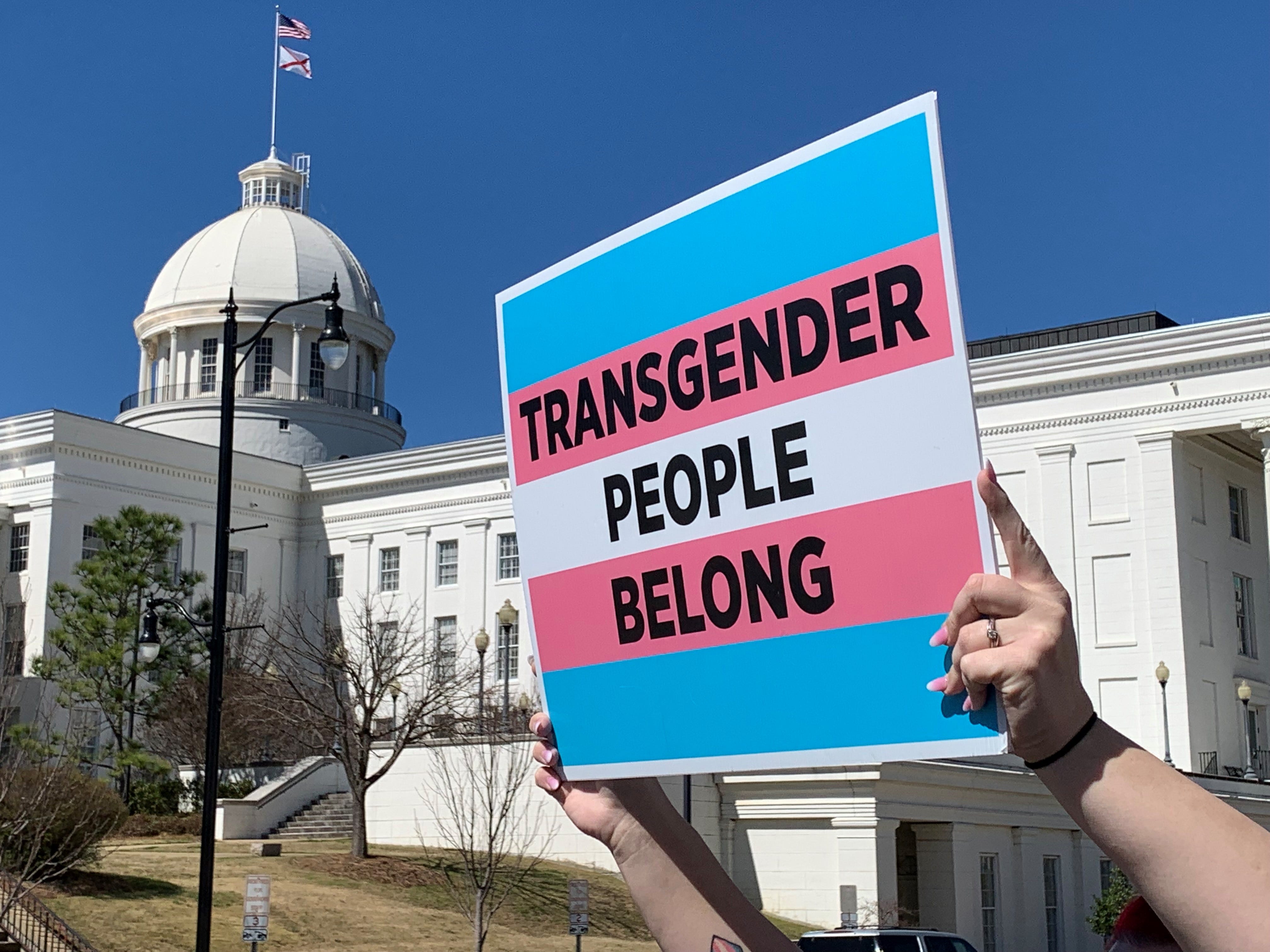 In an 87-page brief, attorneys for the plaintiffs in the case said allowing the law to go into effect would put their children at risk and punish parents and doctors for following their moral and ethical responsibilities.

"The Act cuts off adolescents’ medically needed care and exposes parents and medical professionals to criminal consequences for the parents’ exercise of their constitutional rights to seek established care for their minor children," the brief said.

Gov. Kay Ivey signed a bill in April that would subject doctors prescribing puberty blockers or hormones to minors under 19 to up to 10 years in prison. The law also banned genital and reconstructive surgeries on minors, which are not performed in Alabama. The bill is one of many pieces of legislation brought forth by Republican politicians in recent years widely perceived as attacking transgender youth.

U.S. District Judge Liles C. Burke blocked the medication ban in May after a five-day hearing in which physicians who treat transgender individuals said the treatments were safe, that their effects were reversible and that they lead to improvements in the physical and mental health of transgender youth. They warned that cutting off access could do grave harm to those denied care. One counselor who works with transgender youth compared losing the medications to stopping therapy for a cancer patient.

Attorneys for the state repeatedly questioned the safety of the treatments, and repeatedly emphasized potentially negative effects on fertility.

Burke, appointed by President Donald Trump, wrote in his decision that the state had failed to prove its case.

The Alabama Attorney General's Office appealed the ruling in late June. In its appeal, attorneys for the state invoked the U.S. Supreme Court's decision in Dobbs v. Jackson Women's Health Organization — which struck down the constitutional right to abortion access — nine times, citing Justice Samuel Alito's statement in the decision that the Fourteenth Amendment to the U.S. Constitution does not protect any right "not deeply rooted in the nation's history and traditions."

"No one — adult or child — has a right to transitioning treatments that is deeply rooted in our nation’s history and tradition," the state's brief said. "The State can thus regulate or prohibit those interventions for children, even if an adult wants the drugs for his child.”

In their response, the plaintiffs argued that Dobbs did not alter "the past century of precedent establishing parents’ right to seek and obtain medical care for their children."

"The primary role of the parents in the upbringing of their children is now established beyond debate as an enduring American tradition," the brief said, adding that "a core aspect of this fundamental right is a parent’s ability to make medical decisions for a child."

Physicians use a spectrum of treatments and therapies for gender dysphoria. Puberty blockers — whose effects are reversible — are given to individuals in the early stages of puberty who suffer from gender dysphoria. Hormones may be administered later to bring an individual’s body more in alignment with their gender identity.

Families of transgender youth have told the Advertiser and other media outlets that losing access to the medications could do significant physical and psychological harm to their children.

The brief from the plaintiffs stressed the positive benefits the medications give to those who receive them. Attorneys quoted testimony from Dr. Morissa Ladinsky, a UAB physician who works with transgender youth, that treatment for dysphoria gives minors “a radiance, a self-confidence" and that youth who had been “sullen, withdrawn, failing academically . . . join the world in ways they hadn’t before.”

The law does not ban the use of the medications for other conditions. Transgender youth, their families and physicians who work with them said that showed discriminatory intent by the Alabama Legislature.

The attorneys for the plaintiffs also argued that the state repeatedly failed to show that the medications harmed transgender youth or that they were experimental.

"Defendants provided no evidence that a single minor has been harmed by being prescribed transition-related medication from an Alabama medical provider," the brief said. "Nor did they present evidence to corroborate their claim that transitioning medications — treatments endorsed by more than twenty-two major medical associations and by well-established medical standards of care —are 'new and experimental.'"

Oral arguments in the appeal are tentatively scheduled for Nov. 14.