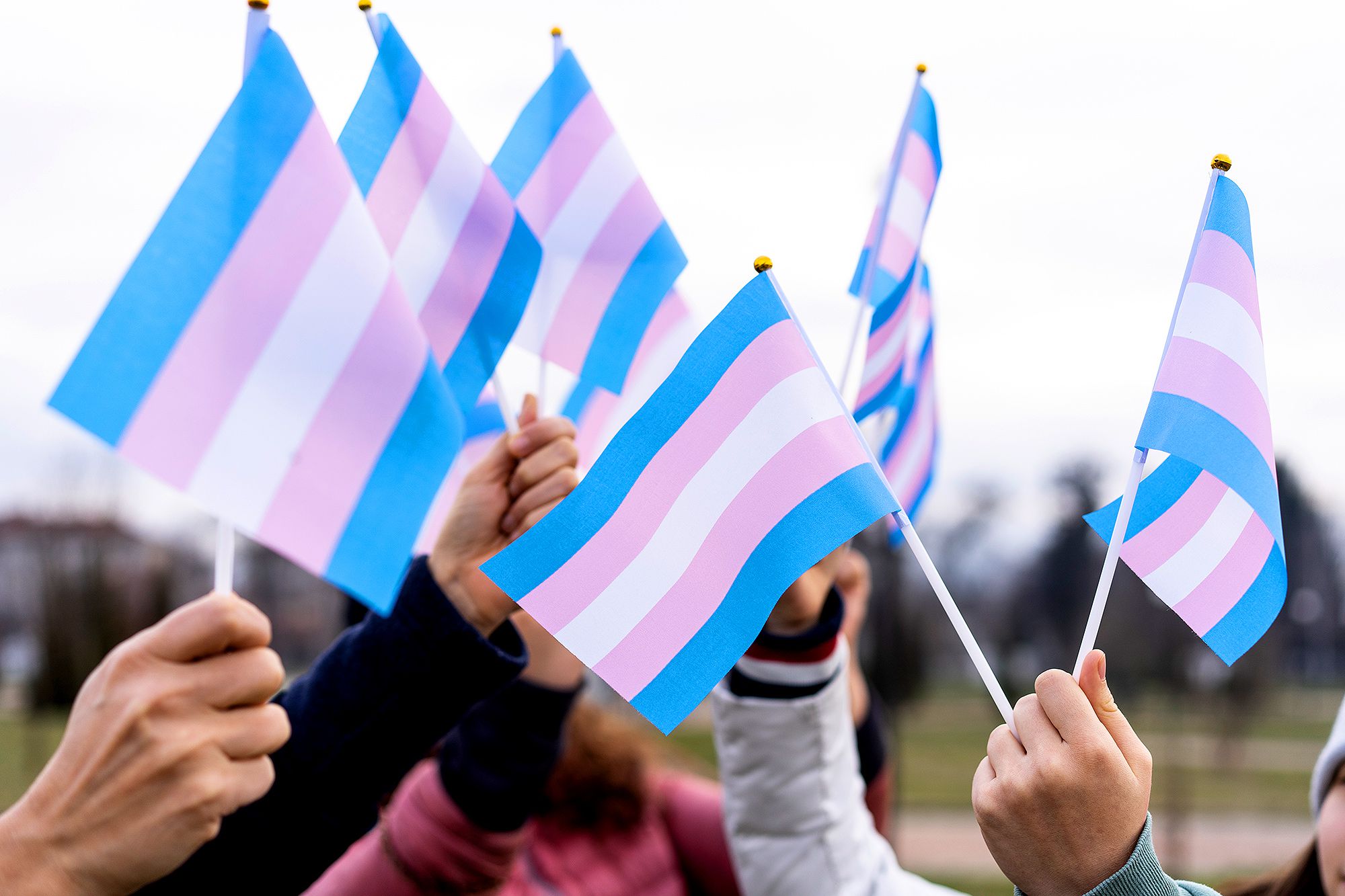 Researchers from the Fenway Institute disproved the theory of "rapid-onset gender dysphoria" (RODG) and determined that "social contagion" does not influence gender identity in the largest study of its kind, published earlier this month in Pediatrics journal.

"The hypothesis that transgender and gender diverse youth assigned female at birth identify as transgender due to social contagion does not hold up to scrutiny and should not be used to argue against the provision of gender-affirming medical care for adolescents," Dr. Alex S. Keuroghlian, the study's senior author and director of Fenway's National LGBTQIA+ Health Education Center, and the Massachusetts General Hospital Psychiatry Gender Identity Program, said in a statement.

Titled "Sex Assigned at Birth Ratio Among Transgender and Gender Diverse Adolescents in the United States," the study contradicts another 2018 study on RODG, which used no information from transgender youth, instead surveying 256 parents, many of whom were recruited from anti-trans websites.

The previous study argued that trans youth assigned female at birth are more susceptible to "social contagion" and that the "onset of gender dysphoria seemed to occur in the context of belonging to a peer group where one, multiple, or even all of the friends have become gender dysphoric and transgender-identified during the same timeframe."

Never miss a story — sign up for PEOPLE's free daily newsletter to stay up-to-date on the best of what PEOPLE has to offer, from juicy celebrity news to compelling human interest stories.

Researchers found that the percentage of trans children who were assigned male at birth is slightly more than those assigned female, and those numbers only slightly decreased from 2017 to 2019.

They also found that trans children are more likely to be bullied or attempt suicide, despite arguments that their gender identities are driven by trends or "social contagion."

"The idea that attempts to flee sexual minority stigma drive teenagers to come out as transgender is absurd, especially to those of us who provide treatment to [trans and gender diverse] youth," said lead author Dr. Jack Turban, incoming Assistant Professor of Child & Adolescent Psychiatry at the University of California, San Francisco.

"The damaging effects of these unfounded hypotheses in further stigmatizing transgender and gender diverse youth cannot be understated," Turban added. "We hope that clinicians, policymakers, journalists, and anyone else who contributes to health policy will review these findings."

Their findings come after another study published by the same journal found that more than 90 percent of trans kids who socially transition stick with their gender identity, and the majority of those who transition again ended up identifying as nonbinary, instead of their assigned sex.

RELATED VIDEO: How Families Help Support LGBTQ Kids in One of the Most Conservative States in the Country

At least 13 U.S. states have signed anti-LGBTQ legislation into law and another 23 states have introduced such bills in 2022 alone, according to HRC, with many of those laws targeting trans youth and gender-affirming care.

Texas Gov. Greg Abbott has ramped up attacks on trans youth, directing the Department of Family and Protective Services to investigate parents for child abuse after they provided gender-affirming care for their children. Florida and Alabama have since adopted similar policies.

President Joe Biden recently pledged his support to trans citizens during Transgender Day of Visibility in March, and he's continued to urge Congress to pass the long-overdue Equality Act.