Sex-change Surgeries, Paid for by Taxpayers, Rising Sharply in Maine - The Maine Wire 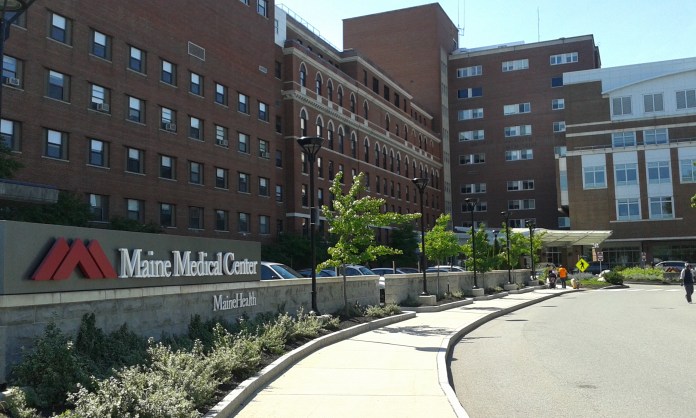 Sex-change Surgeries, Paid for by Taxpayers, Rising Sharply in Maine - The Maine Wire

The number of “gender affirming” surgical procedures paid for by MaineCare almost doubled each year following the policy change, from 24 surgeries in 2019 to 44 in 2020 and then to 82 in 2021, according to records provided to The Maine Wire by the Maine Department of Health and Human Services.

MaineCare, the state’s version of Medicaid, is a government program that uses state and federal tax dollars to pay for healthcare services for low- and middle-income Mainers.

Transsexual surgeries came under the coverage umbrella of MaineCare following an emergency directive by the Mills Administration in 2019.

The MainCare rules currently state: “Physicians and rendering providers will be reimbursed for providing MaineCare covered services to treat a member with gender dysphoria, as prescribed by a physician or other referring medical professional. Coverage for surgical services related to gender dysphoria will require a prior authorization…”

According to the rules, MaineCare enrollees looking to have sex-change surgeries must obtain two letters from health professionals who claim the procedures are medically necessary.

Taxpayer funded procedures covered by MaineCare since 2019 have included voluntary double mastectomies, orchiectomies, breast implants, scrotoplasty, liposuction, and a penis amputation, according to the DHHS records.

The Maine Wire also requested data on taxpayer-funded cross-sex hormone therapies; however, those records were not provided for reasons that remain unclear.

Two of the surgeries involved individuals born intersex, meaning they were born with both female and male sex organs, or some combination of each, as the result of abberations with their chromosomes. But the majority of the procedures involved individuals seeking to transition to the opposite gender. Advocates for a more expansive view of human gender often categorize intersex individuals with transgender individuals broadly, but there are biological differences linked to DNA and physical sex characteristics.

The information about Maine taxpayers funding the controversial surgeries comes amid furious national debate over the role left-wing theories about gender ought to play in our schools and our medical system.

The sharp increase in sex-change surgeries has corresponded with the rising prominence in Maine’s schools of radical theories about human gender and sexuality.

The cost of the surgical procedures in recent years is a rounding error in the state’s budget, but the doubling trend year after year suggests more and more Mainers are opting for sex-change surgeries to treat gender dysphoria or gender confusion.

The DHHS data does not indicate the age of the patients who underwent the procedures.

Maine, like many other states and some health care organizations, relies on the World Professional Association for Transgender Health (WPATH) to inform coverage policies.

MaineCare’s current rules state: “The determination of medically necessary may use criteria based on national standards, such as the Standards of Care (SOC) of the World Professional Association for Transgender Health (WPATH).”

That paragraph of the MaineCare rules effectively allows the controversial organization to set policy on the issue of taxpayer-funded sex-change surgeries in Maine.

The WPATH’s recommendations have become increasingly radical over the last decade. In 2011, for example, the organization only recommended one surgical procedure for minors. Version 7 of WPATH’s “Standards of Care” only recommended double mastectomies (i.e. the removal of healthy breast tissue) for minor females. But the latest version of WPATH’s Standards of Care, published in September, removed all age limits for several irreversible procedures, including puberty blockers, cross-sex hormones, and sex-change surgeries.

Those changes to WPATH’s rules effectively changed MaineCare policy because of the way the rules are written. Maine healthcare providers and activists can now point to WPATH’s Standards of Care to justify allowing minor children to undergo these procedures.

Although the data does not include the ages of patients who have undergone sex-change surgeries since 2019, there is plenty of evidence to suggest that children, including in Maine, are receiving irreversible treatments under the guise of gender affirming care.

In October, @LibsOfTikTok drew attention to a 2016 story in which the Barbara Bush Children’s Hospital’s Gender Clinic touted its provision of cross-sex hormones to children.

The clinic also provides information to children on “chest binding” and “tucking.”

At the time, an endocrinologist with the hospital told News Center Maine that children as young as two can begin expressing themselves as transgender.

The hospital declined to specify the minimum age required for a patient to undergo sex-change treatments.

Also in October, The Daily Wire’s Matt Walsh revealed that the Vanderbilt University Medical Center in Tennessee was performing the procedures on children.

In one video obtained by Walsh, Dr. Shayne Taylor said part of the reason the Center was embracing the procedures was because they are “huge money makers.”