Trans teen and their family flee Texas - The Texas Tribune

Trans teen and their family flee Texas - The Texas Tribune 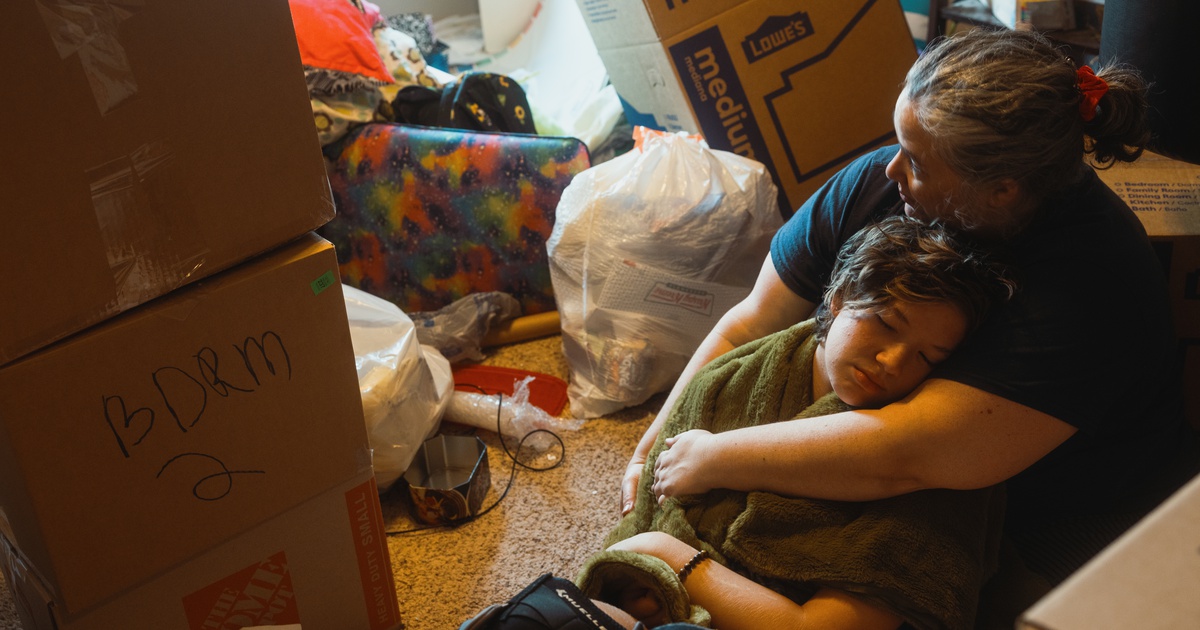 Sign up for The Brief, our daily newsletter that keeps readers up to speed on the most essential Texas news.

For LGBTQ mental health support, call the Trevor Project’s 24/7 toll-free support line at 866-488-7386. You can also reach a trained crisis counselor through the Suicide and Crisis Lifeline by calling or texting 988.

One morning in July, Heather Crawford cradled her child Cass Crawford on the floor of their bedroom as they breathed through a panic attack together. Half-packed boxes surrounded them. The family was leaving the home they had always known in Texas, scared for the safety of their 16-year-old transgender teen.

On the bedroom floor, Heather asked Cass if they thought about hurting themselves.

Determining that Cass was not at high enough risk for self-harm to call an ambulance, Heather gave Cass a Klonopin prescribed for severe panic attacks.

She remembered the note that Cass left behind last time life became too much.

“I just can’t take it anymore. Do not resuscitate me please,” Cass had written. “I want this.”

Heather read the note aloud at a Texas Department of Family and Protective Services Council meeting earlier this year after Gov. Greg Abbott directed the agency to open child abuse investigations on parents who provide gender-affirming care to their kids. Cass identifies as nonbinary and uses the pronouns “they” or “them.” After their suicide attempt, they were diagnosed with severe gender dysphoria and began receiving gender-affirming care. Currently, Abbott’s order largely can’t be enforced as a court challenge plays out.

But the directive followed years of Texas officials and lawmakers repeatedly targeting transgender Texans with legislation and orders that have sought to limit everything from school sports participation to health care access.

That’s why the Crawford family decided to move out of Texas ahead of another legislative session. And that’s why Heather picked up Cass, gave them medication for anxiety attacks and solemnly continued packing up their life in Central Texas, where Heather and her husband both grew up.

“We don’t feel safe here,” Heather said. “It took me a long time to apply the term ‘political refugee’ to our situation, but I think we meet the definition.”

Before the family left, friends came from as far as Houston and Dallas to say goodbye to Cass and wish them well with their new life in Minnesota, 1,200 miles away.

Cass tried hard to make connections at their new school in St. Paul. But it’s tiring, they said, and awkward to explain to new people they meet. They’re still sad about what happened, and for the spring semester, the family has decided to keep Cass home and enroll them in an online high school.

“What I would want people to take away from this,” said Cass from their new home in Minnesota, “is how much this is hurting me.”